Thoughts on Deathly Hallows, Writing, and the Muse 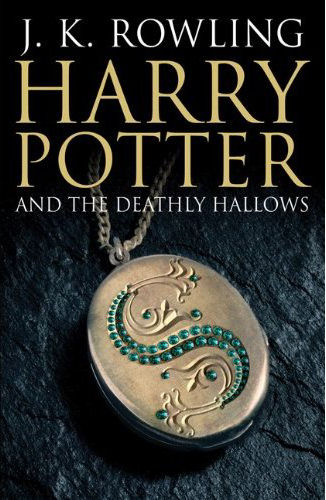 On 1 August 2007, I was still reeling from having read Deathly Hallows in a marathon reading session a little over a week before, and was recovering from my shock and disappointment. As I was reading, I kept waiting for the book to get better, kept waiting for it to feel like the Harry Potter series I had come to know and love.

I know that there were a lot of people who weren’t disappointed in the book, but I was. It wasn’t merely who lived and who died — the greatest objection I had to any particular death was to Hedwig’s, which perhaps should have been an early warning sign for me that I wasn’t going to be satisfied with the book (but it did seem to typify the stupid and selfish side of Harry that we occasionally saw in the books — hey, we’re all that way sometimes, especially when we’re teenagers) — but the way the story unfolded, the feeling grew for me that a lot of the characters had become flat and two-dimensional, that a lot of the narrative was purposeless, and that there were plot points inserted that weren’t in keeping with the rest of the series.

Beyond that, though, there was magic that didn’t make sense. Some people may say, hey, magic is magic, and it’s fiction, so what’s to make sense? But especially in fantasy and science fiction literature, there should be an inner cohesiveness, and an internal order, to the invented magic, futuristic science, or other imaginative and “nonreal” elements. Otherwise, it loses its sense of being a real universe, albeit a fictional one.

But now’s not the time for me to rehash all of this again. I certainly wrote and talked about it enough four years ago, and intermittently since then. I have to say that I love the world that JKR created for us, and so many of her characters, even those who were iconic, felt like flesh-and-b

lood people, people we might meet and have a pint with. I’m grateful for her creativity and grateful to the editors who finally recognized the quality of Harry Potter and the Philosopher’s Stone and published it.

When I first read PS, it struck me that it was like reading a favorite book from my childhood, but one I hadn’t read before. It had all the elements that I’d enjoyed in fiction when I was growing up, and it even had that fictional “never-was” Britain of so much children’s literature, and yet it felt more real, possibly because it was set in the present day with references to modern culture.

So four years ago today, I posted chapter seventy, “Forever in the Sun,” of Resolving a Misunderstanding. In the three weeks of July leading up to the publication of Book Seven, I had posted a dozen chapters of Resolving a Misunderstanding, driven to post as much of the story as I could before Deathly Hallows’ publication. I was concerned that I would either lose all motivation to write and post my fic after the final book came out, or that readers would expect me to write Resolving a Misunderstanding to be compliant with Deathly Hallows.  I’d already had a complete outline of the story for months, plus future draft chapters and copious notes. I didn’t want to lose the story, but I didn’t know whether I would continue to write after reading Book Seven.

Fortunately, although DH did rather stun me, I decided that was no reason not to continue writing. After all, I had always known that Resolving a Misunderstanding was AU. I did wish, though, that I’d managed to post the Dumbledore back-story before DH came out, since that was quite different in many ways from what we saw in DH, and yet I felt that the back-story I had created was in keeping with the Dumbledore we had come to know and love in the first six books. That back-story did eventually make it into RaM in chapters one hundred-one through one hundred-three, which weren’t posted until November 2007.

So while Deathly Hallows did turn many writers away from fanfiction, either permanently or temporarily, and even many readers, for me, it was an impetus to continue writing the story that I’d already begun and which I felt attached to. Beyond that, it motivated me to write a sequel to An Act of Love, which I’d been unsure about doing. Though as I said in more than one review response to An Act of Love, who knows what affect a miscast spell might have on things to come, and it occurred to me even while writing An Act of Love that it might be interesting to write an AU version of year 6 in which that one spell changed everything for Severus, though I had not yet decided to do so. But that miscast spell did create an internal change in Severus that could later affect his behavior. And so I used that as the jumping off point for Death’s Dominion.

I began writing Death’s Dominion just a few weeks after reading Deathly Hallows, though it then took me a few months to finish a first draft of it and start revising it again for posting. While writing the first draft of Death’s Dominion, I continued to update An Act of Love with the final chapters — I had completed AAoL through chapter ten by the end of April, which was the bulk of the story, posted the final chapter, chapter fifteen, in mid-September, but waited to post the epilogue until I was ready to begin posting Death’s Dominion — and kept updating Resolving a Misunderstanding on a regular basis until it was finally finished in May 2008.

Death’s Dominion was, and remains, the most complex of my fanfics, and it’s probably my best one, in terms of writing, plotting, characterization, structure, and narrative themes. As I revised Death’s Dominion for posting, I expanded on many of the original themes in the first draft and, in particular, on the theme of love and redemption, trying to show this in the characters’ interactions as well as in the plot itself. I moved chapters around — making it less discontinuous than I’d originally planned, but taking great care with precisely how the discontinuous plots unfolded, playing the two main story-lines against each other and weaving them together — and in the end, the story was also almost twice as long as I’d originally planned.

Oddly enough, although I wrote Death’s Dominion in part as a reaction to Deathly Hallows, writing it actually distanced me from the feelings I’d had immediately after reading Book 7, and I found that I could muster a good deal of warmth and appreciation for the series as a whole despite my disappointment in the final book. In addition, although I did make one small strain of Death’s Dominion a “DH-twister,” even that bit of “twisting” didn’t play much of a role, and indeed, as I wrote Death’s Dominion, I rarely thought of DH even in passing, and never referred to it. Death’s Dominion took on a life of its own, and it took me with it — and it was a bit like white water rafting at times!

Anyway, over the last four years since Deathly Hallows was published, I’ve written many more stories, and I still have a few going, two of which grew directly out of Death’s Dominion. Although I’m spending less time on my writing than I used to — although I did often go through dry spells when RL just didn’t let me do any writing — I do still enjoy it, and I am still amazed at the creation of characters, scenes, plots, and having them flow from my head to the page, finding words to capture some bit of the story of these wholly imaginary people with their fictional lives and troubles, and to see that my writing can move people in different ways, whether to laughter or to tears. It’s just . . . awesome, to use an over-used but very apt term.

I didn’t dream five years ago that I would be writing Harry Potter fanfiction, even though I was an avid reader of it (though the “MMADfan” moniker was born with the first chapter of RaM), and I certainly never would have believed that I’d write over a couple million words of fanfiction and still be writing it a year after the final book was published. Fanfiction has become a part of my life, and I’ve met some really wonderful people through it. And more than that, I have found that the Harry Potter series itself has become a part of my life — not the most important part, nor the most influential part, but a thread that has been woven through my days and helped shaped my consciousness since I read the first three books back in 1999. I’m glad I did. Thanks, JKR, for a wonderful gift.

Do you write fanfiction? Are you a fanfic reader? Did the end of the Harry Potter series change your relationship with fanfiction? Has fanfiction itself had an impact on your life?